Already on the first day, many German couples were recalled into the finals. In the following, the results of the first day of the 13th danceComp in the Historische Stadthalle (Historic Cityhall) Wuppertal: 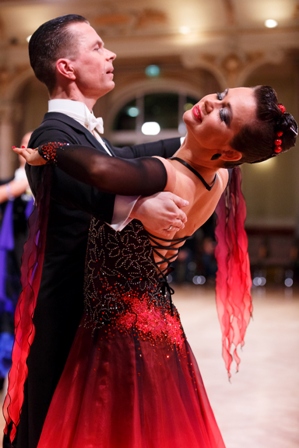 199 couples entered the Senior II competition which lasted almost 12 hours. In the seventh round there were seven couples representing three couples: four from Italy, two from Germany and one from France. Again, the winning couple was World Champion Stefano Bernardini / Stefania Martellini. Since the runners-up of the last World Championship did not enter, Pierre Payen / Isabelle Reyjal took the silver medal, ahead of the current German Champion Gert Faustmann / Alexandra Kley. The second German couple in this final, Bernd and Sandra Ketturkat, finished fourth. 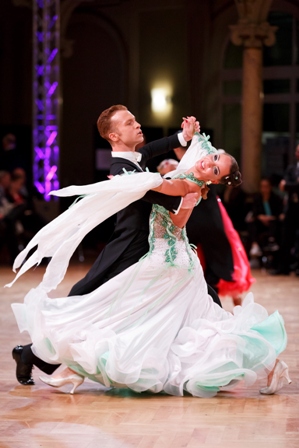 61 couples representing 11 countries entered the Rising Star Standard competition of the 13th danceComp in Wuppertal at 14.50, the final six were recalled onto the floor at 23.15. Shortly after the results were announced. Marco Sirocchi / Martina Gargano won the gold medal by being placed first in all five dances. What a successful premiere for the new couple Grigorij Gelfond / Katarina Bauer. They were not only recalled into the final but they were also runners-up, one point ahead of the couples from Iceland. Dominik Stöckl / Katharina Belz finished fifth in the Slow Waltz but could move up during the final and finished fourth in the competition.